Stephenson Memorial Primary School is a thriving school in North Tyneside serving over 425 pupils in what is, historically, an area of high deprivation. In 2012, they rolled out a parent-driven iPad scheme in order to boost their SAT results – and it’s still going strong.

As more and more schools are considering parental donation programmes to support remote learning solutions, we thought it was high time we checked back in with the Stephenson team, to see what they’d learned from almost a decade of running a programme that has seen them achieve best-ever results, going from below the national average into the UK’s top 10%.

“A device that’s part of the family”

“The reasoning behind our parental donation scheme was that we wanted children to have a device that would be part of the family,” explained eLearning Lead Lynsey Carr. “A lot of our families can’t afford to go out and buy an iPad, so the scheme is a breakthrough in terms of them getting connected to the world. It’s so important for children to have access to the online world – the more we can push to get a device in every household, the better.”

Under the terms of Stephenson’s programme, the school leases iPads from Jigsaw24, and parents donate roughly £5 a week (prices fluctuate slightly from year to year) towards the costs of their child’s device. Children are free to use the iPad at school and at home, and at the end of the programme, the family can keep the iPad they’ve paid for and use it as a personal device.

Because the school is in a low income area, many believed that a parental donation scheme was impossible – but in fact, parents bought in from day one, and uptake has increased every year since the scheme was launched.

“One of the biggest things we’ve done is really embed the iPad in our ethos, so everyone who comes to Stephenson knows this is what we do,” said Lynsey. “But the reason it was such a success to begin with was that we included everybody in every discussion. What the governors knew, the staff knew. What the staff knew, the parents knew. I was constantly sharing evidence and explaining why we were doing this."

"Some children struggle to read, some struggle to write, but everyone can use an iPad. It takes away that barrier of learning."

“Over the years, we’ve changed our pitch slightly – we used to pitch the iPad to parents in terms of what it meant to them, talking about costs and savings. Now we talk a lot more about how it will improve their child’s education and the benefits of having a family device, because we know that even for our low income families £20 a month is an amount they’re comfortable donating in order to get their child access to a device.”

While concerns about the costs of the scheme are rare, one or two issues have raised their heads consistently: some parents are worried iPad will delay their child’s writing and motor development (the school invites them in to see a sample lesson), others are concerned about being charged if a device is damaged (insurance has been folded into the scheme as a result) and, most pressingly, parents have concerns about eSafety. Thankfully, it’s rarely an issue.

“I would say that since starting the scheme in 2012, we’ve had one or two instances a year where I’ve had to call a parent because a child has accessed something inappropriate at home,” says Lynsey. “It’s typically older, more curious children who do it, and they’d be doing the same thing on any kind of device available to them. The key isn’t stopping them, but educating them that certain sites are inappropriate and certain questions need to be put to an adult, because those are tools they can use in the real world. We’ve never had a repeat offender.”

Apple Classroom has been a big help when it comes to assuaging parents’ fear about how the devices are used in the classroom. They’re reassured to know that teachers have the ability to monitor which student is using which app, force them out of irrelevant apps, and see at a glance who is getting on with their work.

“Parents always imagine that as soon as we give the children iPads, they’ll never want to put them down – and of course they don’t, but with tools like Apple Classroom we can stop apps and turn off the iPad, so we’re in control of the lesson and pupils know we’re aware of their behaviour even if we can’t see their screen.”

Remote-ready from day one of lockdown

One huge, if unforeseen, advantage of having a parental donation iPad scheme in place was that pupils and their parents were both ready to handle remote learning when the UK went into lockdown in March.

“We were just up and running straight away,” Lynsey told us. “I really feel for schools who weren’t in that position and didn’t have the daily communication with pupils that we got through the iPad. It’s been really easy for us to check on who’s looking at things and also to keep each other’s spirits up – the children were sharing videos and personal and social updates, and although we weren’t together everyone still felt close. It was a lovely feeling, and parents have been communicating with us through the iPad too, so that relationship has evolved as well.”

While the school had the devices and apps they needed to deliver lessons remotely, they found that asking pupils to show up for lessons at set times was unrealistic in lockdown. “We had parents who were working from home and worried they couldn’t support their child, so we switched from a timetable to a learning grid, where certain work needs completing, but children can do any lesson at any time – they can do some maths, go for their family’s daily walk, and then come back and pick up with the next task, then send it all to use using the SeeSaw app.”

Because each child has their own device, teachers are able to send them a personalised workload, tailored to their needs and skill level. They’ve also created video tutorials to help parents support their children. “At the end of the day, we’re the teachers and the parents aren’t, so we try to give them a lot of help. We’ve got videos explaining how we’d explain a certain maths problem and resources like that. They key thing is that they don’t feel pressurised.”

The school had carried out formal assessments right before lockdown, and staff have been using Zoom quizzes and online games to check that children are retaining the material they’re studying at home. “We use Spelling Shed and Maths Shed to set little tests, but the iPad also means our kids can be really creative. My class have been studying the Victorians and at the end of the project I just wanted to see what they knew, so I set a very open-ended task. Some of them made eBooks, some created movies in Clips and iMovie - everything I got was in a different form. And some of our lowest achieving and SEN students are actually the most creative, so they’re thriving.”

Over the first month of lockdown, students in Years 2 to 6 submitted over 1000 pieces of work to teachers and uploaded 150 photos and videos of work they’d done offline, while teachers fielded over 600 messages from parents.

"The Jigsaw24 team have found us devices at short notice, they’ve been there for support, and we have a really great partnership. Whenever people are interested in iPads, I tell them to go and speak to Jigsaw24."

Preparing to ride out a second wave

All schools now have to have a remote learning programme in place in case of a second lockdown, and knowing every child has an iPad has allowed Stephenson to spin up solutions for a single child in isolation (they access their usual lessons via FaceTime), a year group in isolation (the teacher leads a mixture of video lessons and online tasks) or a local lockdown (they’ll redeploy their home learning grid).

“Sending out pre-recorded video lessons lets us provide individualised content, and comes with far fewer safeguarding concerns than a live lesson,” Lynsey said. “We’re delivering staff training on using Apple Classroom and how to use Zoom to host a live lesson, and we’re creating more tutorials to help parents. Our backup plan is a real mixed bag, but I’m confident we’ve got everything we need in place.”

Guiding other schools down the road to remote learning

Earlier this year, the team at Stephenson received a grant from the Department of Education and a mandate to support other schools in their region who wanted to plan, launch and make best use of new technology and remote learning techniques.

“We’re currently working with 15 schools and it’s a real mix of schools who have nothing, schools who have some technology and schools who have all the hardware but still have no idea what to do,” Lynsey told us. “The great thing is, I’m not doing this on my own – I can draw upon the skills of our teachers, who are already using the iPad in fantastic ways, and the Jigsaw24 team have been fantastic too. They’ve found us devices at short notice, they’ve been there for support, and we have a really great partnership. Whenever people are interested in iPads, I tell them to go and speak to Jigsaw24.” 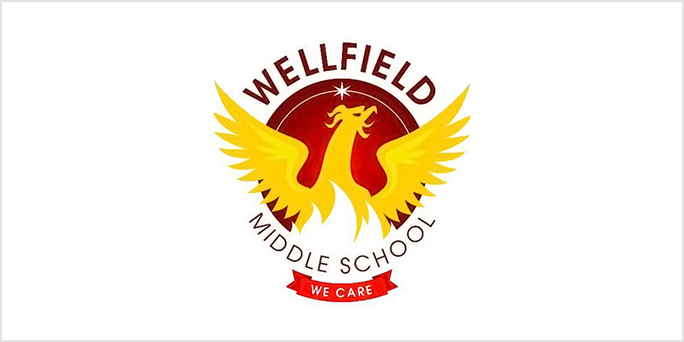 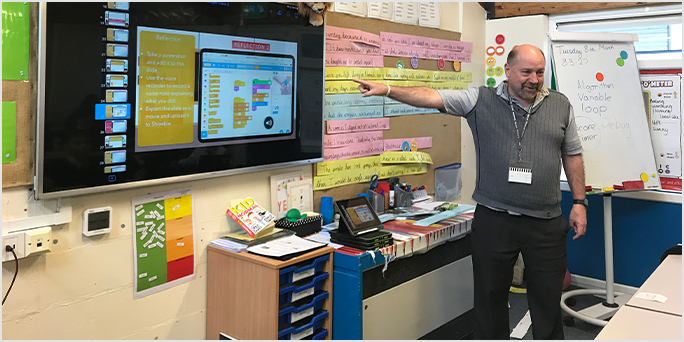 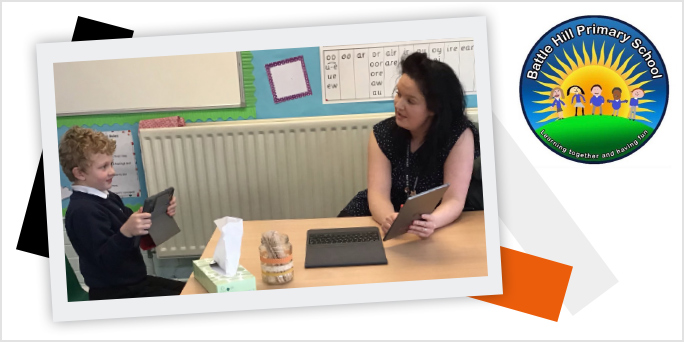 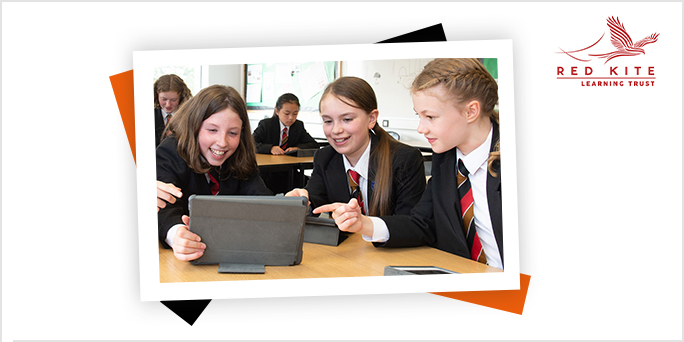 In a large trust, rolling out iPad to every pupil is ambitious.