With a name taken from the Japanese word for image, EIZO create colour-accurate monitors for demanding professional workflows.

With a name taken from the Japanese word for image, EIZO create colour-accurate monitors for demanding professional workflows.

EIZO develop and produce high-quality monitors. Since 1968, they have been trusted by a range of professionals who demand precision, image fidelity and reliability but don’t want to compromise on cost.

Now used in a range of industries – from creative and healthcare to air traffic control and surveillance, EIZO’s product catalogue covers everything from standard desktop screens to colour-accurate HDR monitors.

Their ColorEdge PROMINENCE CG3146 has been certified by Dolby for use in Dolby Vision grading and QC workflows, while designers love their self-calibrating monitor range, which makes it quick and easy to make sure everyone’s monitors are all working to the same colour standard. 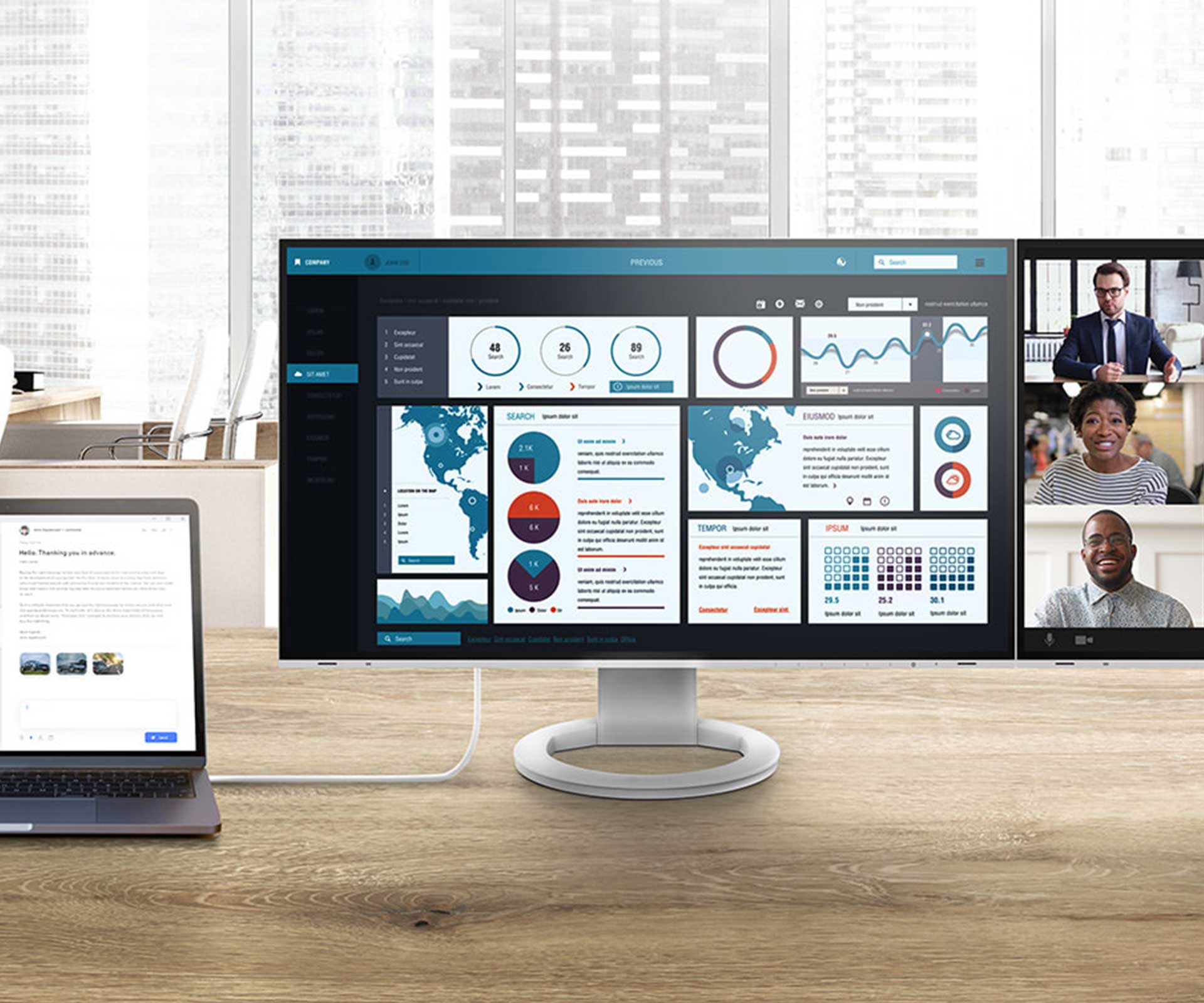 We’ve been working with EIZO to upgrade our customers’ workflows to accommodate HDR for almost 10 years. As an EIZO reseller and Dolby workflow specialist, we can help you develop HDR workflows (or workflows that combine SDR and HDR grading, and QC in a single pipeline). We also provide colour-accurate display solutions for design and marketing agencies, so you can ensure print and digital work is always on brand. We can even calibrate your monitors for you to any colour space you require.

Get in touch to find out more.

The ColorEdge PROMINENCE CG3146 is EIZO’s flagship self-calibrating HDR monitor and the successor to the celebrated CG3145, which was the first HDR monitor in the world to have its HDR and SDR reproducibility awarded by the German Broadcast Technology Institute. It also boasts tight integration with LightSpaceCMS that goes beyond traditional primary adjustments to include LUT upload.

The self-calibrating ColorEdge CG319X is equipped with hybrid log gamma (HLG) and the perceptual quantisation (PQ) curve – HDR colour profiles favoured by the BBC and Netflix. It faithfully reproduces 98% of the DCI-P3 standard and has the requisite high contrast ratio of 1500:1, delivering superior blacks to other LCD monitors, even when viewed at an angle. Safe Area Markers, Aspect Markers and ‘Out of Gamut’ warnings all work together to simplify editing, grading and QC of video footage.

The ColorEdge CS2420 wide gamut image editing monitor meets the demands of the creative industry, guaranteeing precise and undistorted views of digital files. Thanks to its EIZO microprocessor, exact calibration, 16:10 aspect ratio and sleek, user-friendly design, the ColorEdge CS2420 makes creating and editing digital illustrations and photography a joy. Along with a pre-calibrated gamma level and uniformity from corner to corner, it also has an IPS panel with a wide colour gamut, supporting 99% of Adobe RGB. 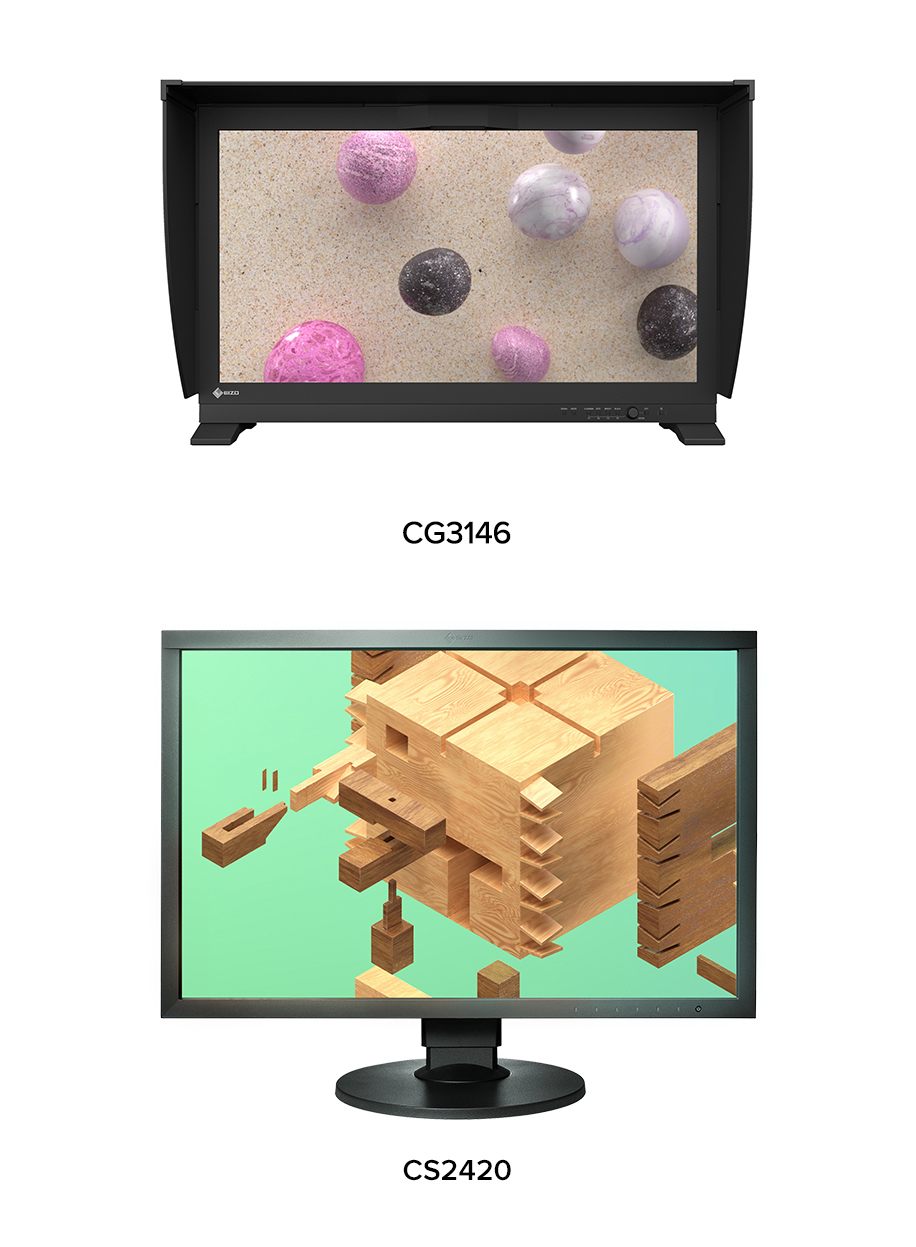 Cut costs
The FlexScan range boasts a number of cost-efficient and energy-saving features such as bulk configuration capabilities and ultra-low power usage wrapped in a market-leading five-year warranty to help lower the total cost of ownership.

Deliver more
When it comes to user experience, an adjustable stand and features such as Auto EcoView – which automatically selects the best contrast, brightness and colour settings – ensure every user’s setup is ergonomic and safe. The FlexScan 3840 x 1600 resolution (UWQHD+) also provides almost three times the resolution of a Full-HD monitor and the generous screen area means there’s plenty of space to run multiple applications, with no need for additional monitors. Despite its large screen, the slimline design fits every workspace thanks to its almost frameless design. 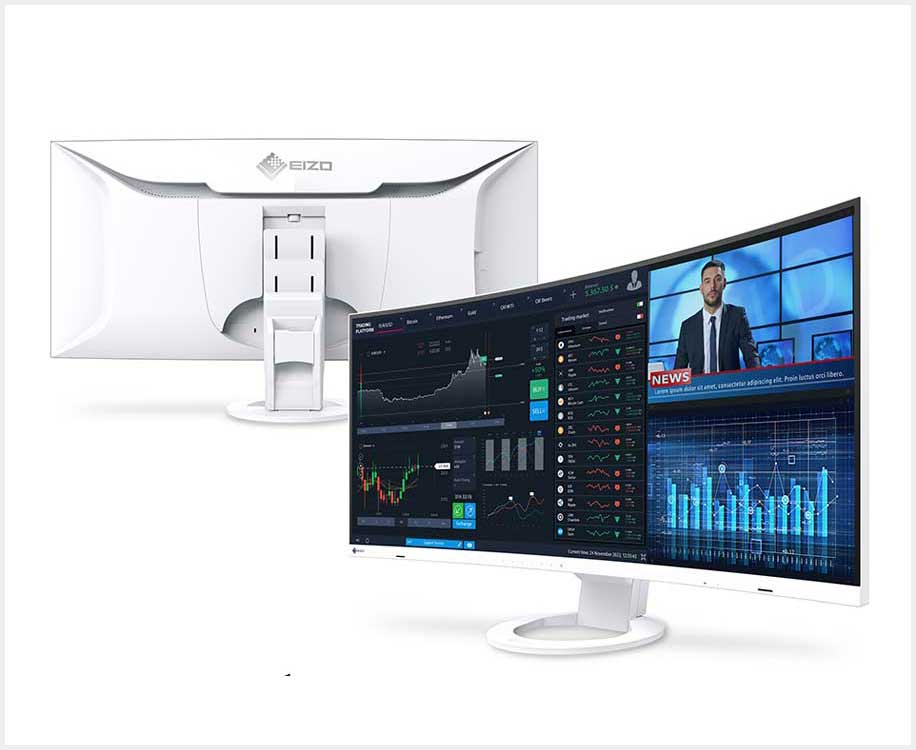 With the lowest failure rates in the industry and a minimum five-year warranty as standard, EIZO FlexScan monitors are the perfect office solution and the ideal general cart monitor for NHS trusts and non-clinical applications. Features like 1mm bezels provide a more usable screen area, while free management software enables IT teams to remotely set policies and assess use, reducing the need for onsite support. EIZO have more than 20 years’ healthcare experience; their FlexScan monitors are designed with specific healthcare needs in mind and certified for use with all common cleaning chemicals. 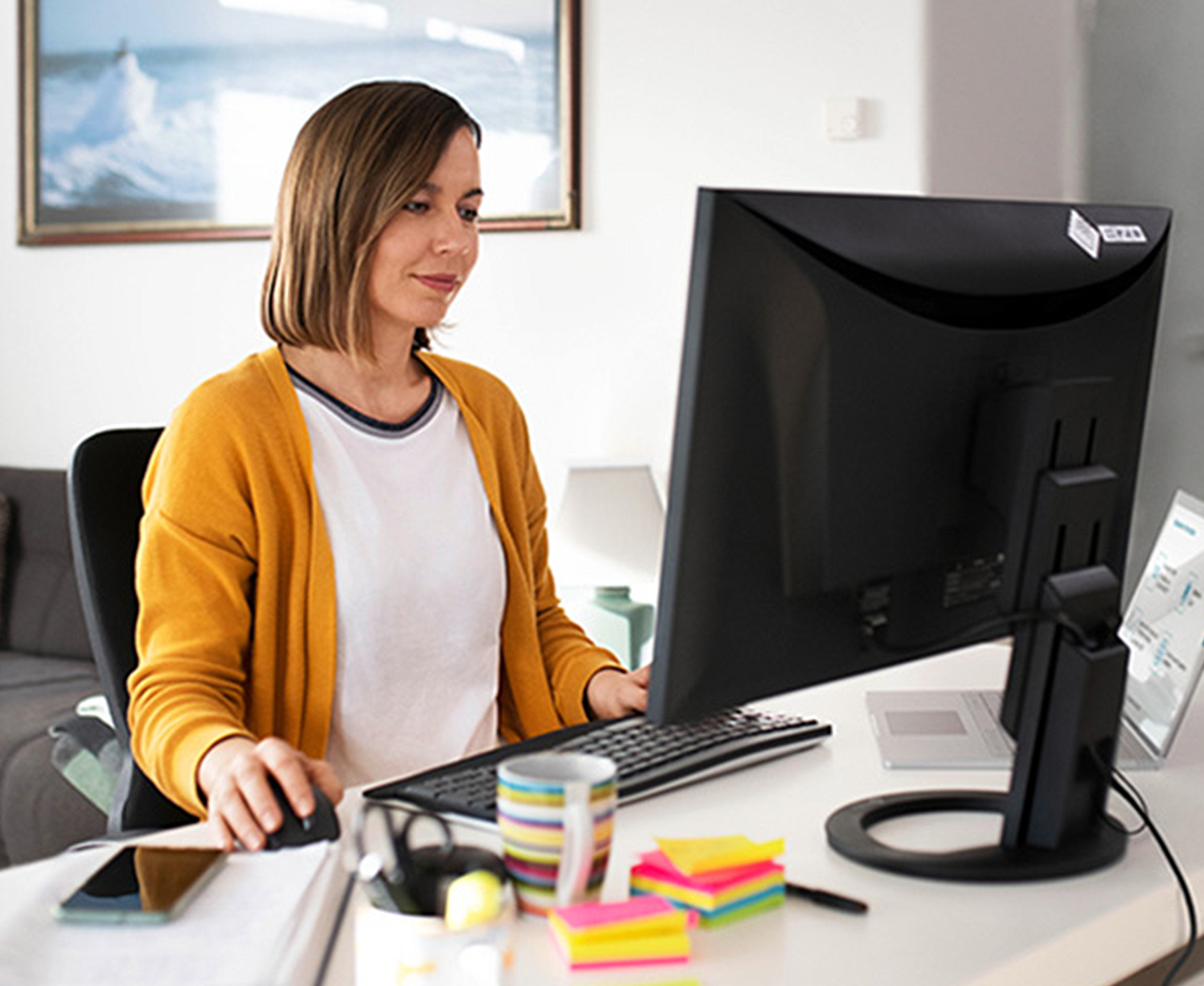 We set Pinewood’s finest up with a Netflix-friendly workflow. Read

Customer story: Narduzzo Too grade for Netflix on the EIZO ColorEdge Prominence

Guide: What is HDR?

HDR has drawn attention as a next-generation high-quality imaging technology. EIZO’s experts break it down. Read

Our monitor calibration services will make sure your video monitors and AV projectors are colour accurate. Discover

Got an EIZO question or want to book a demo?

Get in touch if you would like to speak to one of our experts about EIZO or book a demo at our Soho customer experience centre. to see our full range of products. Pop your details in the form and our team will get in touch. Alternatively, call us on 03332 400 888 or email broadcast@Jigsaw24.com.