Media Composer 2020 is finally here, bringing fully beta-ed macOS Catalina support to your editing workflow and allowing you to finally, finally work confidently with the latest Mac Pro. We prised our experts away from our demo units for as long as we possibly could to find out how it’s been handling their testing, and whether it’s time to let Mac Pro back into the heart of your workflow…

Before we dig into specific features of the Mac Pro, we should probably address the elephant – or rather trashcan – in the room. The cylindrical 2013 Mac Pro was viewed as a disappointment by many professional users, as it was difficult to rack, had no room for internal expansion, and was generally felt to be under-powered. With all that in mind, does the new model do enough to deserve a second look?

“It’s better than the ‘trashcan’ model in every conceivable way,” says to our Lead Technical Pre-Sales Consultant, Chris Bailey. “Aside from the power it offers, it's incredibly well manufactured. The way the modules go in is superb. Its cooling is superb. I’d say the build quality is second to none, and you can build it up in a way that you weren't able to do before without a lot of bolt-ons. It's finally a proper workstation.”

Well, that’s that, then. Let’s take a look at some of those modules.

There are no off the shelf models of Mac Pro available; you have to configure each model to order as you buy it, adding graphics modules, RAM, internal storage and expansion cards as you go. The options are impressive, with up to 1.5TB memory, up to 28 cores of processing power, eight PCIe slots to fill and the option of combining up to four GPUs in Infinity Link-enabled MPX modules. But this begs the question: how manageable will configs and upgrades be?

As it turns out, very. While you can add individual cards to suit your specifications, Apple have tried to make everything inside the Mac Pro modular. Pop off the external case, and each section of the Mac Pro is easy to remove and replace. Additions like the Afterburner card, dual GPU unit or storage modules (more on all of them later) are designed to sit in specific bays within the Mac Pro, where they can be slotted in with minimal technical effort, making it easy to swap out elements yourself as your workflow changes.

PROMISE’s Pegasus R4i, for example, a 32TB RAID module we used during our first Mac Pro demo day, simply clicks into place. (More on that and its sister unit, the J2i, here.) And that’s not the only interesting module already on the market: Sonnet’s M.2 4x4 PCIe card enables you to mount four M.2 NVMe PCIe SSDs onto a single x16 card slot in your Mac Pro, delivering read speeds of up to 11,700MBps and write speeds of 11,600MBps.

“The modules do a lot to keep everything neat and tidy and make upgrades manageable,” said Chris, “but they’re also designed around cooling. You’d expect something as powerful as the 2019 Mac Pro to throw out a lot of heat, but it’s got a unique and very powerful cooling system, and the modules are designed to make sure that stays effective, even if they’re being combined with individual cards.”

For the past few years, Apple’s most powerful computers have been all-in-one models: a fact which has seen them slip out of favour in high-end editing, grading and VFX suites, where there was no place for an iMac display.

Now that Mac Pro is back, you can pair its incredible processing power with the colour-accurate monitors you need, and enjoy blistering graphics performance courtesy of two Radeon Pro Vega II Duo MPX Modules, which combine to deliver 56 teraflops of computing power and 128GB of high-bandwidth memory.

Our demo model, which had a 16-core Intel W3245 processor and just one Pro Vega II Duo module, racked up a multicore passmark score of 55,294 and a Cinebench score of 6806 during testing, meaning it could happily chomp through high-resolution editing and grading tasks.

The 28-core model, which has 53 threads and a top speed of 4.4GHz with turbo boost, renders Maya’s Arnold test nearly four times faster than the previous generation. Those dual MPX modules mean its also nearly seven times faster than before when it comes to rendering in Cinema4D, almost six times faster to render in DaVinci Resolve and delivers up to three times faster realtime 3D performance.

And that’s before we even consider the addition of the Afterburner card, an open source ProRes transcode accelerator that currently works with Final Cut Pro but is being incorporated into software like DaVinci Resolve and the Adobe range. It houses over a million logic cells, which can process up to 6.3 billion pixels per second, taking the burden off your CPU so you can add even more effects and handle even more streams (up to six of 8K ProRes RAW or 23 streams of 4K ProRes RAW).

So, is Mac Pro powerful enough to sit at the heart of any creative workflow? That’d be a yes.

Mac Pro in your machine room

While the modular system keeps things tidy on the inside, the 2019 Mac Pro is also very easy to rack mount – you can even choose a specially designed racking chassis when you buy your machine, so that it’ll be easy to slot into your machine room and, from there, incorporate into any shared or virtualised systems.

Rather than a desktop computer designed for a single creative, like the 2013 Mac Pro or the subsequent iMac Pro, the 2019 Mac Pro is truly a workstation, designed to deliver as much power as possible to your workflow in whatever way is required. And in an era when creative work is becoming ever more distributed and companies are increasingly reliant on remote access to powerful physical and virtual machines stored in a machine room or datacentre, Mac Pro’s return to rackability and versatility is a reassuring sign.

Obviously, the kind of power Mac Pro possesses doesn’t come for free. “A lot has been made of the fact that a fully kitted out, top-spec 2019 Mac Pro comes in at around the $55,000 mark,” says Chris. “But honestly, you’re not going to need that spec. What you do need is a powerful creative workstation – as opposed to a computer - and for that, you have to pay workstation money.”

In the middle of its range, the Mac Pro is in the same price bracket as comparable machines like the HP Z8 workstation or Dell 7920. Our 16-core demo model with Vega Pro II Duo MPX module and Afterburner would cost around £12,500, which, while not cheap, is not an unusual price for a professional workstation that’s going to sit at the heart of your workflow for years to come.

Let’s take a look at some sample builds

With the release of the Catalina-qualified Media Composer 2020, Avid have released a number of qualified Mac Pro configurations. Here are the three you’re most likely to look at for a media workflow:

Each CPU has six memory lanes, and you’ll achieve optimal bandwidth when all six memory lanes are filled. We recommend either a 48GB (6 x 8GB) or 96GB (6 x 16GB) configuration depending on your needs. When it comes to graphics, those dual MPX modules are great for any software that supports multiple GPUs, but Media Composer currently doesn’t, so for editing in Avid you’ll want to opt for two single Vega II MPX modules instead of one Vega II Duo.Finally, you’ll want to opt for Artist DNxIO/ DNxIQ I/O if you’re using a PCIe connection, or Artist DNxIV/DNxID/DNxIP if you’re relying on Thunderbolt alone.

Ready to configure your Mac Pro?

Our experienced Apple team have been configuring creative hardware for over 27 years now, and our dedicated media engineers (including ten Avid Certified Support Representatives) are on hand to help you build Mac Pro back into your Avid workflow. As an Avid Elite Partner for audio, video and storage, we can offer advice on any given workflow – simply get in touch using the form below.

If you want to know anything more about remote working, get in touch with our team on 03332 409 210 or email broadcast@Jigsaw24.com. For the latest news, follow us on LinkedIn, Facebook and Twitter. 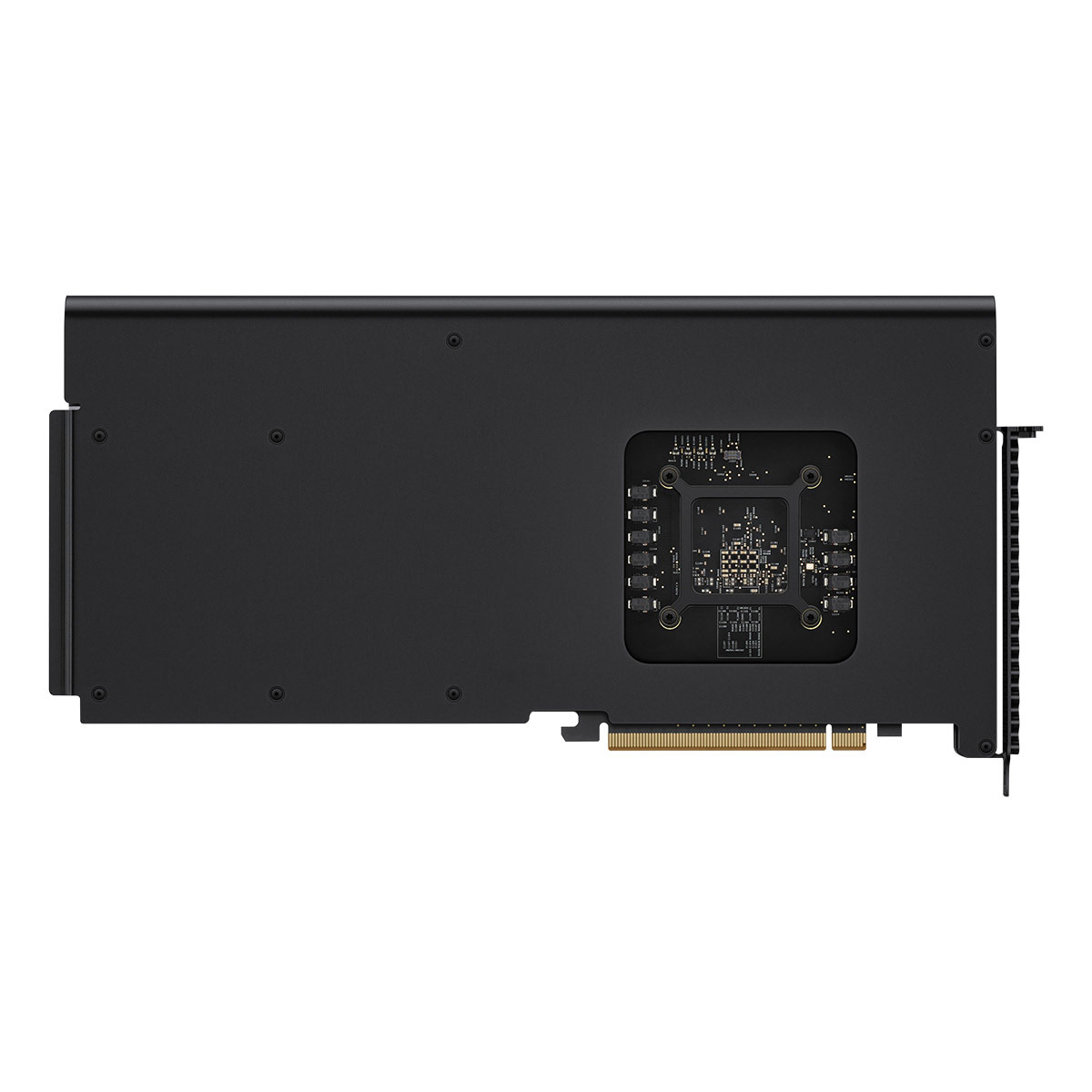 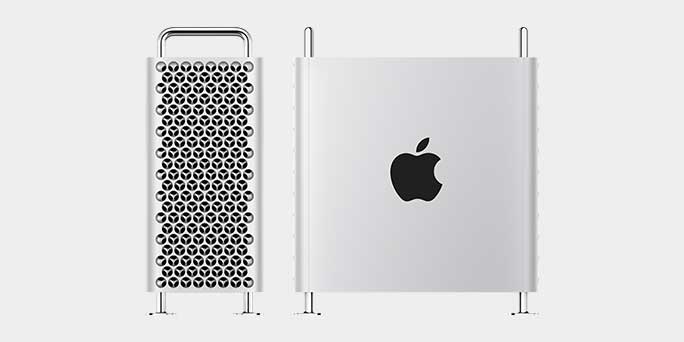 Is Mac Pro the step up your audio setup needs?

When the latest generation of Mac Pro was released in 2019, it came with a host of impressive stats – but also some key questions. 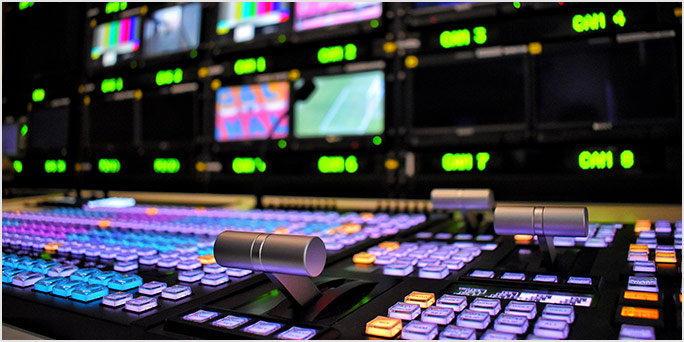 We asked Lead Technical Consultant Chris Bailey to talk us through some...

With the unveiling of the new Mac Pro in late 2019, Apple effectively re-entered the creative workstation conversation. Now, 18 months on we checked in with some pro users... 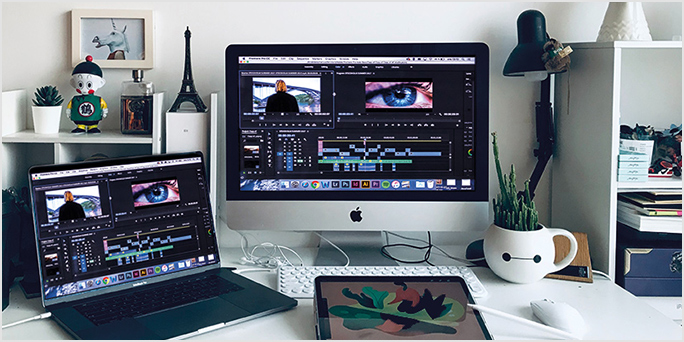 Want to know more about Mac Pro? Pop your details in the form and our team will get in touch. Alternatively, call us on 03332 400 888 or email broadcast@Jigsaw24.com.

< Back to Media & Entertainment