Project guide: Coding in an hour with Swift Playgrounds

With the basics of coding and programming a key requirement in the National Curriculum's computing programme of study right from Key Stage 1, it's never too early to introduce code to the classroom. And with the rise of mobile devices in schools, it's now easy to do.

Coding was a big focus of Apple at the BETT 2020, and last year they updated and expanded their 'Everyone Can Code' curriculum to help introduce more primary school students to the world of coding, with heaps of resources for teachers and students. As a result of the pandemic there has been a rise of iPads in schools, and many institutions no longer require UIT suites for coding as they can do everything on the devices, saving money on extra technology.

If you're new to coding in the classroom, Swift Playgrounds' 'Learn to Code 1' module is the ideal starting point, intended to introduce the fundamentals of code in an accessible way, in just one hour. This is now available as a free download on Mac and the iPad. Here, we guide you through it step by step, from a simple introduction through to getting students to create their own dancing robot animation in MeeBot Dances!

What is Swift Playgrounds?

Swift is Apple's own programming language, used by professionals to create apps for the Apple ecosystem, including iPad, Mac, iPhone, Apple TV and Apple Watch. Swift Playgrounds is an app that teaches coding using interactive puzzles and colourful characters. It’s designed for students aged eight and over, and helps you introduce coding in the same language used by professional app developers.

Before you start, make sure you've got all the necessary kit. You'll first need to download the Swift Playgrounds app from the App Store, which requires a 64-bit iPad with iOS 10 or later or iPadOS; and on a Mac, MacOS. It's recommended that every student has an individual iPad to get the best experience, but you could feasibly have one device between two. A display at the front of the class will let you guide students through, and this teacher guide from Apple will guide you through the Hour of Code session.

Open Swift Playgrounds and Find the Learn to Code 1 and MeeBot Dances projects from the list below (subscribe to UBTech Jimu Robots from the From Other Publishers section).

When you're ready to start, open the presentation and give a brief introduction to code and what it's used for in the real world, plus a rundown of Swift Playgrounds and what the class will be doing during the session.

The first part of the session focuses on commands and functions. Run them through slide 2 and ask them to create a paper fortune teller using the instructions on screen. Slide 3 explains how steps can be put together to create a command that performs a function. This example is all about being told to brush your teeth, which in code could be formatted as 'brushTeeth()'.

Now they have grasped the reasoning behind commands and functions, you can advance to slide 4. This shows how the process of them making their fortune teller can be split up into separate steps which act as a command. In Swift programming language, this command is makeFortuneTeller().

Now, students can try out Swift Playgrounds themselves. Get them to open the app on their iPad and load up the Learn to Code 1 playground. The eight slide Introduction reinforces what you previously taught the class about the fundamentals of code with real world examples.

There are then four puzzles on the next page to complete: Issuing Commands; Adding a New Command; Composing a New Behaviour, and Creating a New Function. Guide students through these puzzles to move the Byte character around his little world, but let them try figuring the solutions out for themselves first.

Once students have completed the puzzles, they’ll be able to apply coding principles to other functions. Get them to open the MeeBot Dances playground which you downloaded before, which lets you program a virtual MeeBot character to dance. Give students a challenge is to make an awesome dance video to enter their robot into a competition.

Once they have their dance moves down, guide them through how to record a movie of their robot dancing, using the panel on the right (as shown in slide 5 below). You can then regroup and get students to show off their dances, and even ask them to guess what moves the robot will pull just by looking at the code.

The final 'Connect' slide shows just how vital code is to various everyday appliances like microwaves. Your Hour of Code is probably coming to an end about now, but wrap up by showing students how to share their MeeBot Dances videos via AirDrop, and encourage them to download Everyone Can Code Puzzles and the Learn to Code 1 and Learn to Code 2 playgrounds for further exploration into coding!

You've now got a class full of potential coders on your hands. Here are some of the things they will have learned:

To learn more about teaching code, take a look at our other articles around Apple's Everyone Can Code programme and using drones to develop coding skills.

Want to know more about teaching code with iPad? Fill in your details in the form below, or get in touch with our team on 03332 409 290 or email education@Jigsaw24.com. For the latest news, follow us on LinkedIn, Facebook and Twitter. 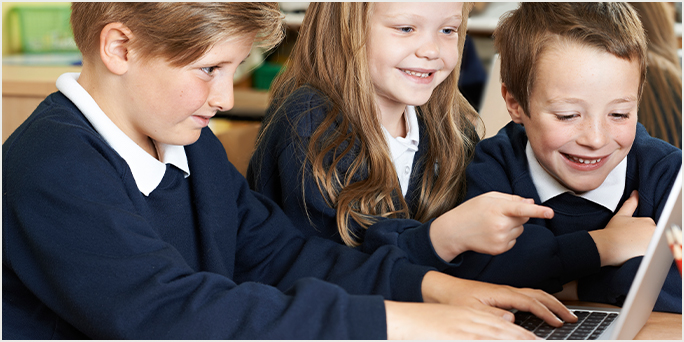 Need more Macs? Save 20% when your school leases from Jigsaw24

Leasing hardware is a fantastic option for schools on a budget: you have fixed monthly costs rather than one big payment... 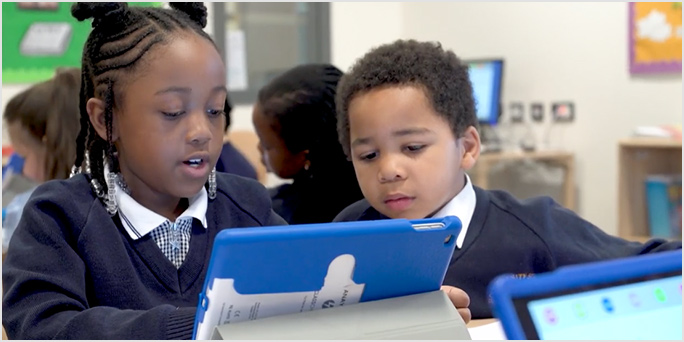 Apple Distinguished Schools are schools that are using Apple technology to reach extraordinary heights in teaching and learning... 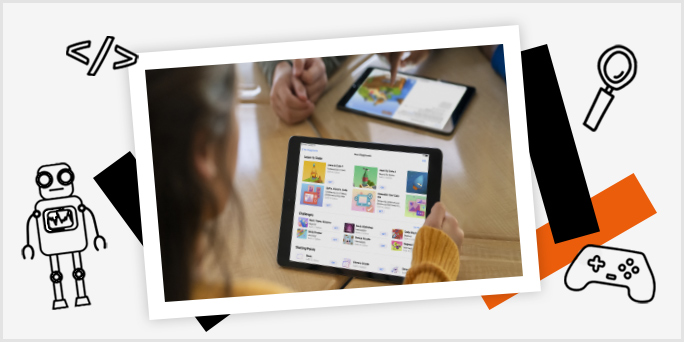 5 Reasons iPad is the best way to teach coding

Let’s face it, coding can be confusing for students and teachers alike. But with iPad, learning code has never been easier... 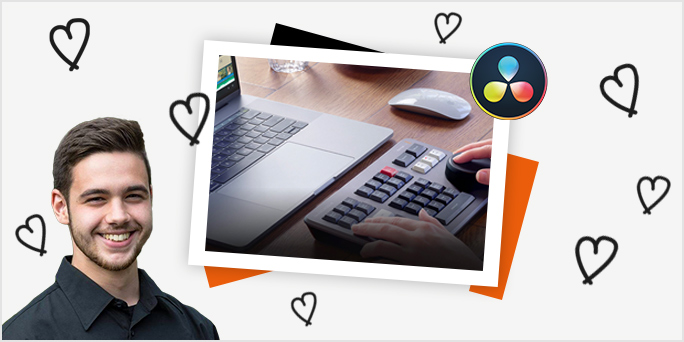 Prepare your #FutureTalent for… Playing with the big kids

Your students can add professional polish to every element of their project from within a single app like Davinci Resolve...

More
< Back to Education